Marketing is all about narrowing the focus

Lavender Bough, What’s in the name?

I know it’s quite long that I haven’t written anything.

You can say, I don’t have time to write, hmm busy with loads of work, or you can say, I was just lazy to write, why you thinking, ask me I will tell you, the latter one is right. Sometimes it’s just so difficult to articulate your thoughts and write about something what you like. But I am trying to write as frequently as possible, I think I will start writing at least one blog in a week. Let’s see am not sure as of now. With me its likely to be lazy again.

Anyways let’s get back to the point which I want to share it with you guys.

Where I live there is an area called 90ft road nothing unique about that area. I have passed that street zillion of times from the day I was born but there was nothing unique about it till the time this monster was created. From last few years whenever I pass I feel something different. I feel some master piece has been created.

To give you a brief idea about 90ft road, it is a long stretch of road approximately 6 kms. In that stretch there is small stretch of 2 to 3 kms that stretch is called 90ft road. On one side there are residential buildings and societies and on the other side there is a temple rest it was a barren land but now there is this architectural beauty which has been created & it’s called.

Suddenly a monster was created,

It’s a one stop destination for marriage people. They have halls for marriages and receptions. Then they came out with their own rooms so the hassle after marriage to go home and get ready for the reception is gone; now its no longer a concern. Of course after reception the hunt for hotels is also gone.

Once you have rooms to stay there is a need of a restaurant so they came out with that as well.

The point is, in this area or nearby areas there is no other place like this. One destination for the marriage day.

Of course there was a need of something like this but is it necessary that it will work if there is a need? Not really right but something worked for Lavender Bough. My question is what worked? Few things. Let’s figure that thing out….

It has to be marketed in a way that people think that Lavender Bough is also an option for these kind of  occasions.

First the place is so larger than life. If you see from outside it is just magnificent. Mind Blowing is the right word.

See the pic below. 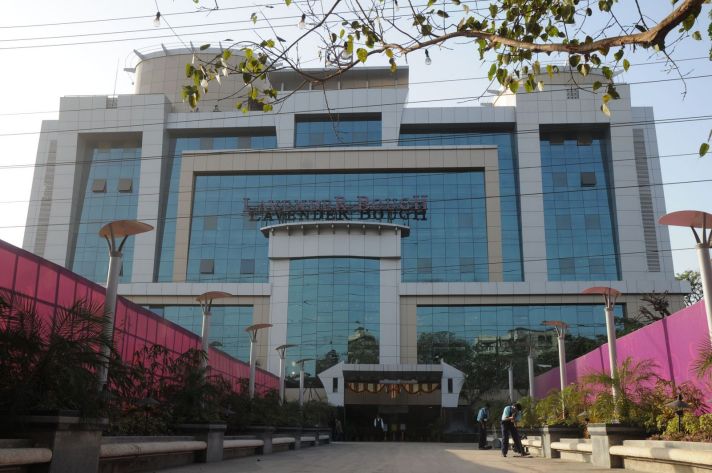 There is no other huge construction besides it. Lavender Bough is the only one. If there is nothing as beautiful around then it gives more appeal to it. Opposite to it, as I earlier mentioned there are old residential societies.

Second in the night when you pass from the place it has this Lavendar lighting (Hutch – pink) on it at three different points. The name is lit with the Hutch – Pink color and two circles above on the terrace are also lit with it. Color is such that anybody who is passing from the street will at least see it once.

Third and very important thing which helped Lavender Bough is the acceptance by early adopters they didn’t hesitate to try it. They tried it because of the largeness of the place or it might have happened that on the particular day rest all places were full and they preferred going with Lavender Bough. It is likely that this might have taken place.

People who tried and people who visited their marriage experienced the brand and spread the word about the place to their relatives and friends. Hence, Lavender Bough came into their consideration sets.

Fourth thing what worked was the acceptance of the name Lavender Bough. Where I stay majority of the people are Gujus. You might be thinking Guju area and English brand strange combination. Actually it is but it worked, English name got easily accepted then any other name. Gujus came out with their own unique name for Lavender Bough.

Suddenly an English Brand name got familiar with all Gujratis.

I think all these factors worked for Lavender Bough.

One thought on “Lavender Bough, What’s in the name?”

Marketing is all about narrowing the focus

memestream
South of the Border, West of the Sun

In a place far away from anyone or anywhere, I drifted off for a moment.

WordPress.com is the best place for your personal blog or business site.

The Thought behind myadpsyche is to create a community of professionals/beginners, genuinely interested in analysing ads and suggesting a better alternative... speaking out their PSYCHE